ARE YOU MOVING TO THE HAMPTONS NOW THAT YOU ARE DIVORCED? 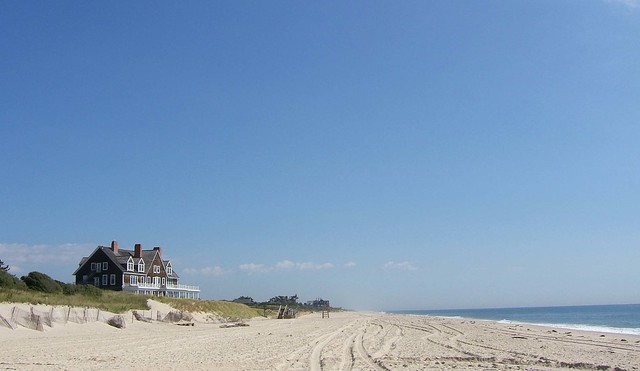 For many people, moving to the “Hamptons” is a dream. An unattainable dream, but a dream nevertheless. For others, moving to the Hamptons at the drop of a hat (or after a divorce) is business as usual. They just think it and it manifests. Life is like that. Not fair. But if you are one of the lucky ones who is moving to the Hamptons (or you are thinking of moving there with your big, fat, alimony check), here are the things you have to keep in mind: first of all, it may not be all it’s cracked up to be. Indeed, if you read this blog, it sounds like living in the Hamptons could be quite a nightmare hell. But for others, it is the most bucolic, relaxing, rejuvenating experience and without all the hyper snootiness of Greenwich Connecticut or, gasp, Alpine New Jersey.

And you? Are you moving to the Hamptons? Are you thinking about it at least? It’s nice up there. But you probably already know that. You’ve got so many enchanting little towns to choose from and the gangs are not wreaking havoc the way they are in other parts of Suffolk County so it is relatively safe because the police are omnipresent. They even look at you funny when you are a bonafide resident never mind when you are not.

So what are your options if moving to the Hamptons is your goal? Which town should you choose? SOUTHHAMPTON or EAST HAMPTON? (all the towns are really part of one of these two). Where is the best place to consider when you are moving to the Hamptons? Here are a few tidbits on a few of the towns (this list is not exhaustive), mostly on the South Fork, for your edification:

Nestled between the Atlantic Ocean and Peconic Bay, Southhampton and South Hampton Village are probably one of the coolest spots in the Hamptons for the moderately to extremely affluent. It has got a nice little main street, a beach or two and a few famous people living up there. Southhampton is probably the most inclusive of all the towns both on the North Fork and the South Fork of Suffolk County. You could even find a rapper or two (who couldn’t find a place in East Hampton) with a summer rental some years. So if you are thinking about moving to the Hamptons and living the high life with other jet setters- depending on how big your check- you could definitely fit in and settle in Southampton no matter who you are and how you look. Depending on how much money you got in your settlement, you might even consider a house on Gin Lane
Celeb neighbors: Tory Burch; Kelly Ripa

Sag Harbor is definitely one of the more exclusive spots. It is not as serious and discrete like, say, a place like Sagaponack. It is nearer to the North Fork for one thing and so property prices are more affordable on this end, generally, though, they are still not cheap. If you love water vistas, though, you have to move here. There is just so much water in Sag Harbor (oh, wait, it’s a harbor, duh!). In Sag Harbor, your house will look out on either Sag Harbor Bay, Noyac Bay, Gardiners Bay, or Northwest Bay. From all the windows without a doubt. It’s just really quaint and picturesque and a great, quiet town to raise young kids. For African Americans with deep pockets, there is a “black enclave” in Sag Harbor if you are interested in this metric at all. For writers and sailors, the town’s got something for you too.
Celeb Neighbor: Billy Joel, Richard Gere

This Hamptons town, East Hampton, is probably the snootiest of all the others in a certain sense because it has a very high concentration of celebrities and celebrity wannabes.  It has a great nightlife and social scene and celebrity watching is a real pastime in this town. As of 2017, Jay-Z and Beyoncé owned a $26 million estate in East Hampton, on tony Georgica Pond according to Forbes. You will find a lot of Hollywood heavyweights in East Hampton so if you don’t like to see and be seen and hobnob, don’t move to this town. Home prices are also on the expensive side as compared to other towns both on the North and South Fork.

Sagaponack
Sex and the City made Sagaponack seem like a very sexy and very cool place to be. But is it really all that cool? Well, if you measure cool by how many celebrities live here as of this writing, maybe there are other places, like East Hampton, that are loads cooler. If you use different metrics, then hey, you may find it super cool in spite of the fact that Scarlett Johanssen lives so far northeast of here in Napeague. Post-divorce, is this the place for you? This is the place to be if you want to meet fashion-forward people and if you are gay; there is a nice sized gay scene. But it is very expensive and was voted the most expensive zip code in the USA a few years back, beating out places like Water Mill which is in Southhampton.  So you need to have a lot of money from your divorce settlement to get a place here assuming you and your spouse don’t already own in the area prior to the divorce.

These days, Watermill is probably the most expensive town in the Hamptons. This changes but for now, it is. So consider moving to Watermill only if you really made out like a bandit in your divorce settlement. It is definitely a small-town feel and no real “downtown”  (you have to go to Southhampton for that) but if you like the quiet scene to unwind (especially if you have 2 or 3 other houses in other locales and only use the house in Watermill in the summer) and a pricey house to show off, this is the place for you. For example, as of this writing, there is a cute mansion on Mecox Bay for a modest $85,000,000 dollars if you have it. It has 11 bedrooms. Wanna go to the open house?

Amagansett is the furthest of the Hamptons town, except for Montauk which is at the very tip of the island. If you are into organic food and organic farms and you want to “live among the dunes”, this is definitely the place for you. This is probably the quietest of all the towns in the Hamptons and people who move here definitely crave quiet, seclusion, and privacy. There is no nightlife to speak of here. But you sure will have a lot of time to reflect and think about what went wrong in your former marriage.

If you are a relatively young divorcée, and you are into art and fashion, and you like having a nightlife, Montauk could work out for you if you purchase here. If you have teenagers, they could really appreciate the surfing scene in this town. On the weekends, you can take the ferry to Nantucket and Martha’s Vineyard. It’s really nice. And nobody says you have to live year-round. In fact, to be perfectly honest, most people who live in the Hamptons do not live year-round.  They mostly come in the summer. Depending on how much you have to spend, you can really get a good deal up here, including a nice mobile home in a trailer park for a little bit over $1,000,000.

For more posts, click here: divorce in the Hamptons